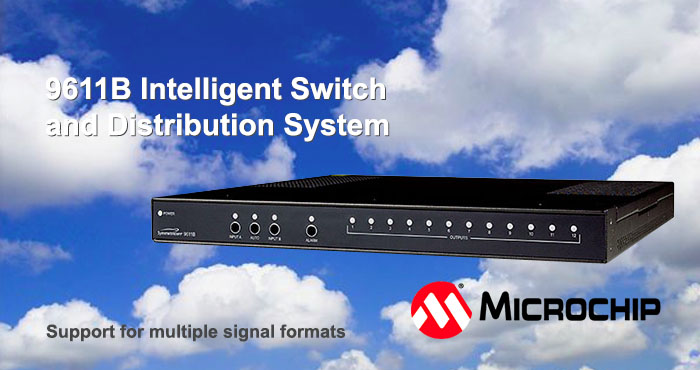 The 9611B can be set up to distribute a wide range of signal formats; low noise sine waves, IRIG timecodes or pulse formats from either one of two inputs to all twelve outputs. The 9611B allows the user to deploy one model type to support multiple signaling formats which lowers support and logistics costs.

The 9611B provides for both manual and auto-switching signal distribution. When in auto-switching mode, the 9611 will detect any input or output failure based on the signal type being propagated. In the Auto mode, any input failure causes the unit to switch from Primary to Secondary source. Alarms will be indicated by all user interfaces including the front panel and Command Line Interface.